Gardner’s theory puts forward that traditional views of intelligence do not sufficiently encompass the wide variety of abilities humans display. He believes that intelligence, as it is traditionally defined, is too narrow, outlining only one or two types of intelligence. An example that he points to is that of a child who masters multiplication easily. This child is not necessarily more intelligent overall than a child who struggles to do so. The second child may be stronger in another kind of intelligence and may best learn the given material through a different approach, or may excel in a field outside of mathematics. He may even be looking at the multiplication process at a fundamentally deeper level, which can result in a seeming slowness that hides a mathematical intelligence that is potentially higher than that of a child who easily memorizes the multiplication table.

Below, we’ll walk through the nine intelligences Gardner defined.  Parent-educators find it really amazing that many of the methodologies embraced by Charlotte Mason, upon which WinterPromise has built many of our curriculum goals, are in method carrying out this theory! The activities or learning avenues Charlotte defined appeal to many of the very “types of intelligences” that Howard Gardner likewise named. With that in mind, WinterPromise has integrated (and will continue to integrate) many of these ideas into our curriculum so that you can reach all your kiddos

Take a look below at the different types of intelligences Howard Gardner has defined. We have also listed WinterPromise’s “KEY WORDS” that refer to this type of intelligence in a bit easier language!

Visual-Spatial Intelligence (WinterPromise’s VISUAL)
This area deals with the ability to visualize with the mind’s eye, so to speak, and spatial judgment. Students with this intelligence may demonstrate an interest in drawing buildings, creating fashion or home design, illustrating, or artistic pursuits.

Verbal-Linguistic Intelligence (WinterPromise’s LANGUAGE)
This area has to do with words, spoken or written. Students with high verbal-linguistic intelligence display a facility with words and languages. They are typically good at reading, writing, telling stories and memorizing words along with dates. They tend to learn best by reading, taking notes, listening to lectures, and discussion and debate, and therefore are typically labeled as “good students.” They are also frequently skilled at
explaining, teaching. and oration or persuasive speaking. Students with verbal-linguistic intelligence learn foreign languages very easily as they have high verbal memory and recall, and demonstrate an ability to understand and manipulate syntax and structure. Students with these abilities should consider becoming writers, journalists, philosophers, lawyers, politicians, poets, or teachers.

Learning Avenue Examples in WP: reading, narration, timeline cards, writing in language arts and in notebooking, DVDs, and discussion about books and resources read as a family.

Logical-Mathematical (WinterPromise’s LOGICAL)
This area has to do with logic, abstractions, reasoning, and numbers. While it is often assumed that those with this intelligence naturally excel in mathematics, chess, computer programming and logical or numerical activities, a more accurate definition places less emphasis on traditional mathematical ability and more reasoning capabilities, abstract patterns of recognition, scientific thinking and investigation, and the ability to perform complex calculations. It correlates strongly with traditional concepts of “intelligence” or IQ. They may become scientists, mathematicians, engineers, doctors and economists.

Learning Avenue Examples in WP: key fact narration, discussion of important topics, activities that use logic or are labeled “geeked-up,” and chess programs. 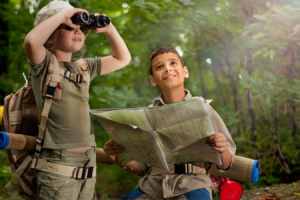 Bodily-Kinesthetic (WinterPromise’s HANDS-ON)
Students who have bodily-kinesthetic intelligence should learn better by actually getting involved physically in the learning experience, especially by trying things for themselves. They are generally good at physical activities such as sports or dance. They may enjoy acting or performing, and in general they are good at building and making things. They often learn best by doing something physically, rather than by reading or hearing about it. Students with strong bodily-kinesthetic intelligence seem to use what might be termed “body memory” – they remember things they have experienced through their body such as verbal memory or images.  Students with this strength may go on to become athletes, dancers, musicians, actors, surgeons, doctors, builders, police officers, and soldiers. As you see, although these careers can be duplicated through virtual
simulation, they will not produce the actual physical learning that is needed in this intelligence.

Learning Avenue Examples in WP: hands-on activities, experiments, “try it for yourself” or real-life skillbuilding activities in which the student reproduces history, or games.

Musical-Rhythmic (WinterPromise’s MUSICAL or AUDITORY)
This area has to do with, rhythm, music, and hearing. Those who have a high level of musical-rhythmic intelligence display greater sensitivity to sounds, rhythms, tones, and music. They normally have good pitch and may even have absolute pitch and are able to sing, play musical instruments, and compose music. Since there is a strong auditory component to this intelligence, those who are strongest in it may learn best via lecture. Language skills are typically highly developed in those whose base intelligence is musical. In addition, they will sometimes use songs or rhythms to learn and memorize information. It should be no surprise these students are interested in becoming instrumentalists, singers, conductors, disc-jockeys, orators, writers and composers.

Interpersonal (WinterPromise’s PEOPLE-ORIENTED)
This area has to do with interaction with others. In theory, people who have a high interpersonal intelligence tend to be extroverts, characterized by their sensitivity to others’ moods, feelings, temperaments and motivations, and their ability to cooperate in order to work as part of a group. They communicate effectively and empathize easily with others, and may be either leaders or followers. They typically learn best by working
with others and often enjoy discussion and debate. Students with these abilities may be headed for work as salespeople, politicians, managers, teachers, and even social workers.

Learning Avenue Examples in WP:  family projects, teamwork and responsibility, leadership tasks, people-oriented activities or ministry opportunities, group discussion, talking about the feelings or motivations of characters they’ve read about, and helping others. 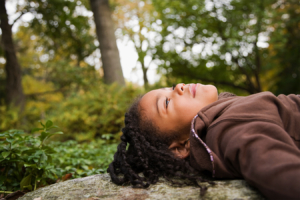 Intrapersonal (WinterPromise’s INNER LIFE)
This area has to do with introspective and self-reflective capacities. People with intrapersonal intelligence are intuitive and typically introverted. They are skillful at deciphering their own feelings and motivations. Those who are strong in this intelligence have a deep understanding of the self; what are their strengths/ weaknesses, what makes them unique, can predict their own reactions/ emotions. Not surprisingly, students with this type of intelligence make wonderful philosophers, psychologists, theologians, lawyers, and writers.  People with intrapersonal intelligence also prefer to work alone.

Naturalistic (WinterPromise’s NATURE)
This area has to do with nature, nurturing and relating information to one’s natural surroundings. Students with this intelligence demonstrate a strong connection to animals, caring for plants or a sensitivity to what they see or experience in the natural world around them. They may be interested in becoming a naturalist, park ranger, animal trainer, farmer, or gardener.

Existential (WinterPromise’s ABSTRACT)
This area has do to with philosophical and abstract issues of life. Students with this type of intelligence learn best by thinking about analytical questions. Careers which suit those with this intelligence include readers, writers, philosophers, and religious speakers.

Learning Avenue Examples in WP: discussing topics together as a family, abstract questions to be answered, clarifying a position or belief system.

Perhaps as you’ve read each description, you feel as if you know each of your kids’ top three intelligences.  Good for you!  This gives you an excellent starting point in learning to better understand your child as a student and tailor their learning experiences to the intelligences in which they have strengths.

You can also take an assessment that may help you better define their intelligences.  This can be a further help as you grow your understanding of your student.

Finally, we encourage you to get to know WinterPromise.  Our curriculum is built from the ground up to provide learning experiences that appeal to several of the multiple intelligence simultaneously — or to be easily tweeked to better align with your student’s gifts.  We have built our curriculum differently, richly, to provide a learning environment that allows you to work with several uniquely-gifted students all at once.  Why not check us out?

How Does Understanding Intelligence Help with Homeschooling?